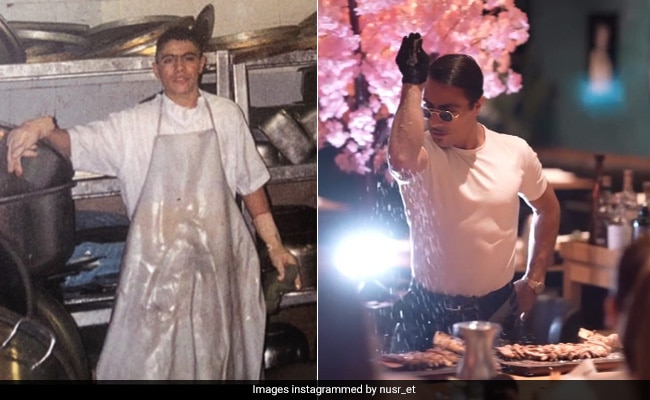 Salt Bae became famous for his distinctive style to sprinkle salt on steak.

Turkish chef Nusrat Gokce, popular on social media as ‘Salt Bae’, is again going viral for his antics at the FIFA World Cup, after the final between Argentina and France.