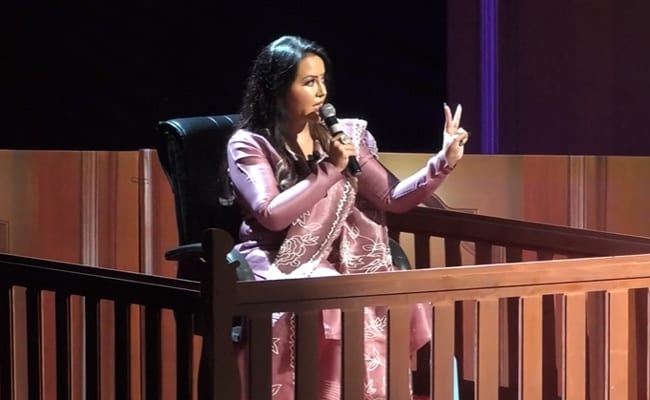 Amruta Fadnavis, a banker and singer, was interviewed in a mock court style in Nagpur.

Maharashtra Deputy Chief Minister Devendra Fadnavis’s wife Amruta Fadnavis termed PM Narendra Modi “Father of the Nation”, but then tweaked it a bit to also cover Mahatma Gandhi, who is usually given that honorific.

During an interview on stage at an event organised by a writers’ association in Nagpur this week, she was asked what Mahatma Gandhi would be as she called PM Modi “rashtra-pita”.

This is not the first time she’s used the analogy for Narendra Modi.

Wishing the Father of our Country @narendramodi ji a very Happy Birthday – who inspires us to work relentlessly towards the betterment of the society ! #HappyBDayPMModiJi#HappyBdayPMModi#HappyBirthdayPM#happybirthdaynarendramodipic.twitter.com/Ji2OMDmRSm

In a message for the PM in 2019, she had tweeted: “Wishing the Father of our Country Narendra Modi ji a very Happy Birthday — who inspires us to work relentlessly towards the betterment of the society.” 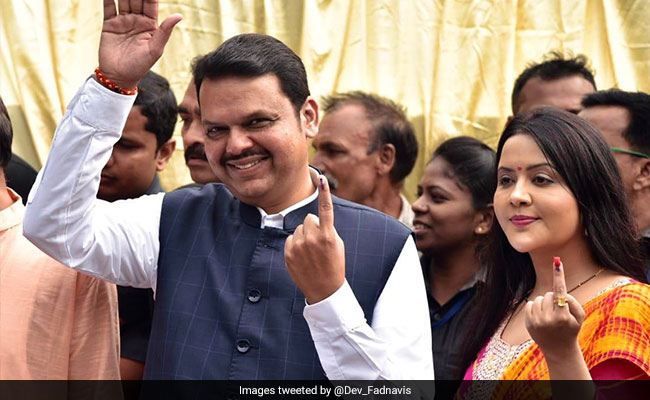 Often in the news for her social media posts and public statements, Amruta Fadnavis had earlier this year taken a dig at the then Chief Minister Uddhav Thackeray in the middle of a Shiv Sena mutiny that led to his unseating.

“Ek ‘Tha’ Kapati Raja… (Once there was a wicked king),” she wrote in a tweet that she later deleted. Her reference to a “king” and the quotation marks she used around ‘Tha’ (‘was’) were seen as a reference to Mr Thackeray. Man Grows “Worlds Most Dangerous Plant” At Home Out Of Boredom