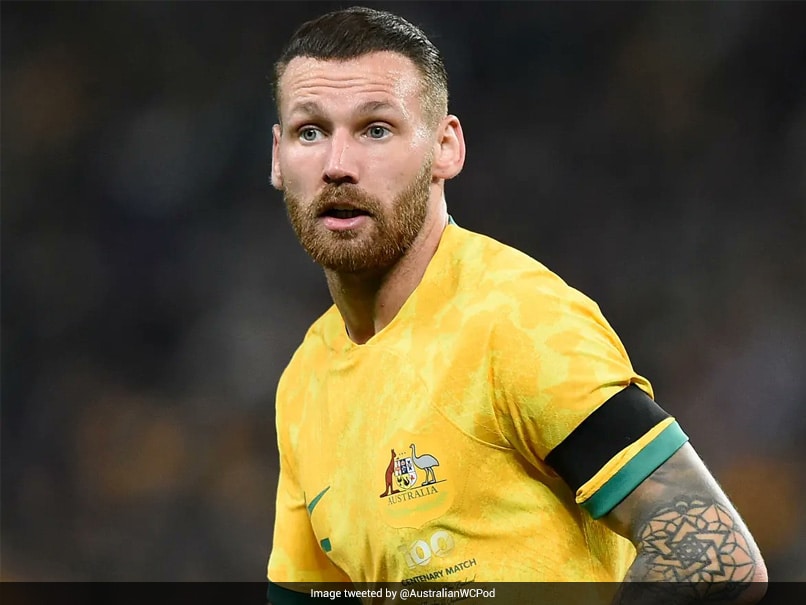 Australia winger Martin Boyle was ruled out of the World Cup on Sunday.© Twitter

Australia winger Martin Boyle was ruled out of the World Cup on Sunday with a knee injury and replaced in the squad by Marco Tilio. Scotland-born Boyle has scored five times in 12 games this season for Scottish Premiership side Hibs but the 29-year-old has been sidelined since hurting his knee in late October. “We all feel for Martin and it is a cruel blow for him on the eve of the World Cup,” Australia coach Graham Arnold said in a team statement.

“He has been an integral part of our journey to get to Qatar and we thank him for everything he has given the Socceroos during this campaign.”

His place in Qatar will be taken by Melbourne City FC winger Tilio, who has five caps and has been in Doha since Tuesday.

“Marco has done everything that has been asked of him to be ready for this tournament,” said Arnold.

“He is familiar with the national team set-up and we are looking forward to what he can bring to our squad.” Fulham vs Manchester United, Premier League: When And Where To Watch Live Telecast, Live Streaming