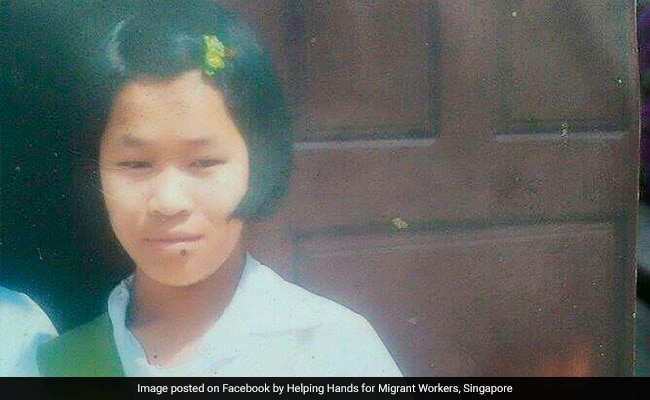 Piang Ngaih Don weighed a mere 24 kilograms when she died.

A 64-year-old Indian-origin grandmother in Singapore, who abused her daughter’s maid from Myanmar until she died, on Monday pleaded guilty to her role in the fatal abuse, a media report said.

CCTV footage showed the 24-year-old maid from Myanmar was abused until she died of brain injury with severe blunt trauma to her neck on July 26, 2016 after 14 months of repeated abuse, Channel News Asia reported.

Prema, who began abusing Piang Ngaih Don after becoming aware that her daughter physically abuses the maid, poured water on her, kicked, punched, slapped, starved, grabbed her by the neck, and pulled her up by her hair, closed-circuit television footage from cameras installed in the house showed.

Prema’s daughter Gaiyathiri Murugayan, a police officer’s wife, was in 2021 sentenced to 30 years in prison.

Gaiyathiri, 41, had pleaded guilty to 28 charges and another 87 charges were taken into consideration for sentencing.

High Court judge See Kee Oon said the case was one of the worst cases of culpable homicide, noting that Piang Ngaih Don endured agonising physical and psychological harm for a long time before she died.

Gaiyathiri’s former husband, Kevin Chelvam, 43, who has been dismissed from service, also faces multiple charges in relation to the abuse of the maid.

For each charge of voluntarily causing hurt, Prema can be jailed for up to two years and fined up to SGD 5,000 (approximately USD 3,625).

Under the enhanced penalties for offences against domestic maids, the court may sentence her to 1½ times the amount of punishment, according to the media report. PTI GS PY PY PY “I Can Sleep Peacefully”: KL Rahul After Starring For India vs Bangladesh

Kareena Kapoor Reminds Saif Ali Khan About Herself As He Lists His Favourite Actresses: “Your Wife,” She Said