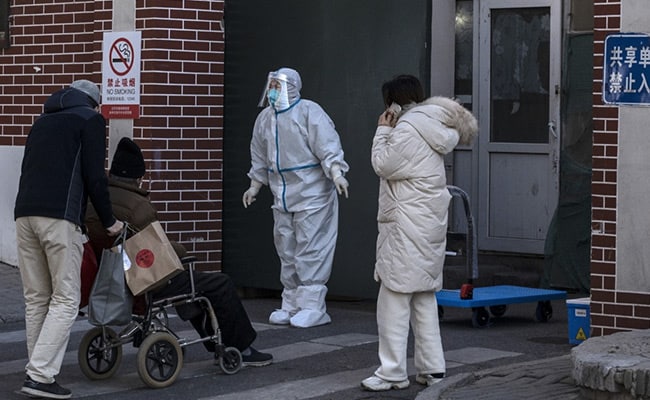 The tsunami of Covid-19 that’s taking hold across China is spurring concern that a dangerous new virus variant could emerge for the first time in more than a year, just as genetic sequencing to catch such a threat is dwindling.

The situation in China is unique because of the path it’s followed throughout the pandemic. While almost every other part of the world has battled infections and embraced vaccinations with potent mRNA shots to varying degrees, China largely sidestepped both. The result is a population with low levels of immunity facing a wave of disease caused by the most contagious strain of the virus yet to circulate.

The expected surge of infections and deaths are taking hold in China within a black box since the government is no longer releasing detailed Covid data. The spread has medical experts and political leaders in the US and elsewhere worried about another round of disease caused by the mutating virus. Meanwhile, the number of cases sequenced globally each month to find those changes has plunged.

“There will certainly be more omicron subvariants developing in China in the coming days, weeks and months, but what the world must anticipate in order to recognise it early and take rapid action is a completely new variant of concern,” said Daniel Lucey, a fellow at the Infectious Diseases Society of America and professor at Dartmouth University’s Geisel School of Medicine. “It could be more contagious, more deadly, or evade drugs, vaccines and detection from existing diagnostics.” 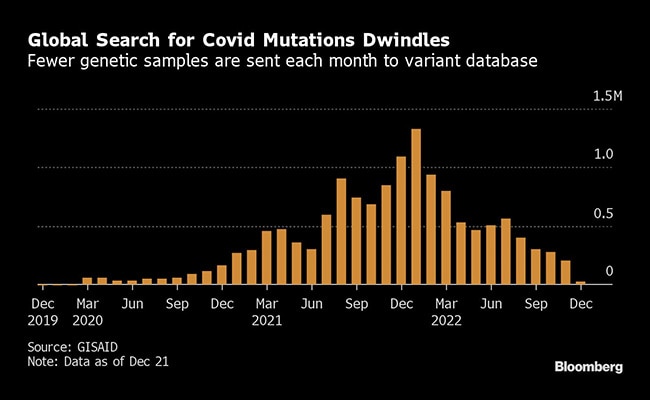 The closest precedent to what could happen, Lucey says, is the experience with delta in India in late 2020 when millions of people were infected over a short period of time and the deadly strain raced around the globe. While it’s not inevitable, the world must protectively prepare for such an event so that vaccines, treatments and other necessary measures can be ready, he said.

China is closely watching omicron subvariants circulating in the country, Xu Wenbo, director at the National Institute for Viral Disease Control and Prevention, said on December 20 at a briefing in Beijing. It has established a national Covid viral sequencing database, which will receive genetic sequences from three hospitals in every province each week to catch any emerging variants, he said.

“This will allow us to monitor in real-time how omicron subvariants are circulating in China and their makeup,” he said.

There is little clarity now about infections and deaths in China, after the country largely abandoned its mass testing regime and narrowed the way it measures Covid mortality.

There are two paths the virus could take in China. Omicron and its hundreds of subvariants may sweep directly through, likely in several waves, leaving no room for other contenders – as it has in the rest of the world for all of 2022. Vaccination and infections will boost immunity until eventually antibodies in the population will help control serious disease.

“It might be that China catches up, and what comes out is more of what we have already seen,” said Stuart Turville, a virologist at the University of New South Wales’ Kirby Institute, who has conducted research showing that existing antibodies in some people bind even to emerging variants. “Our antibodies are mature enough to deal with them.”

The other possibility is that something else entirely develops, much like the way the original omicron emerged in southern Africa in late 2021. That could pose a novel threat for the world.

Omicron “came out of nowhere,” Turville said. “It made an evolutionary change in a way that’s different. If that’s the path, and it spreads more easily, there might be another parachuting event, where it takes a trajectory we don’t expect.”

The fact that China doesn’t have a lot of previous exposure to the virus could work in its favour when it comes to the risk of new variants. In most of the world, the virus has been under severe pressure, forced to mutate like a contortionist to get around existing antibodies, Turville said. That may not be necessary in China.

“It’s a different situation,” said Alex Sigal, a virologist at the Africa Health Research Institute in Durban. “It’s going through a population that doesn’t have a lot of immunity. Just because there are more infections doesn’t mean we’ll have nastier infections.”

A medical worker assists a patient at a fever clinic treating Covid-19 patients in Beijing on December 21.

On the other hand, it may give other new variants a chance to take off because there isn’t such a bar of immunity, Sigal said. That could be problematic if something worse emerges.

That is Turville’s primary concern.

“Maybe it will go down a different route because it’s not under pressure and there is more room to move,” he said. “It could be a seismic shift, something that’s completely different. It may be a low probability, but it’s a probability and we have to be ready for that. At the moment, it’s crystal ball gazing.”

Omicron doesn’t penetrate as deeply in the lower respiratory tract or do as much harm as some of the earlier strains. Its superpowers include its contagiousness and ability to evade existing immunity, a combination that slammed the door on other variants – including those that could have been more virulent.

Not everyone is concerned. Stephen Goldstein, an evolutionary virologist at the University of Utah, said the differences in the immunity landscape between China and the rest of the world makes it unlikely that the emerging omicron subvariants will have advantages over what is already circulating.

“With respect to new dangerous variants emerging from China, I’m not particularly concerned right now,” he said. “I don’t think the situation in China significantly affects the situation everywhere else,” he said. “Could something out of the blue emerge and cause problems? Maybe – but we can’t predict it and it isn’t what I expect,” he said.

While Covid science has become highly politicized in China, officials there also say the danger is remote, even as omicron continues to mutate.

To Catch a Killer

Yet the global pullback from sequencing Covid could mean a new, possibly dangerous variant evades detection until it’s spreading widely.

“This will bite us,” said Maria Van Kerkhove, the World Health Organization’s Covid-19 technical lead. “We need to have some eyes around the world on this,” she said.

The virus “hasn’t settled down into a predictable pattern,” the WHO scientist said. “We know that it will continue to evolve. And this notion that it will only become more mild is false. It could – and we hope so – but that’s not a guarantee.”