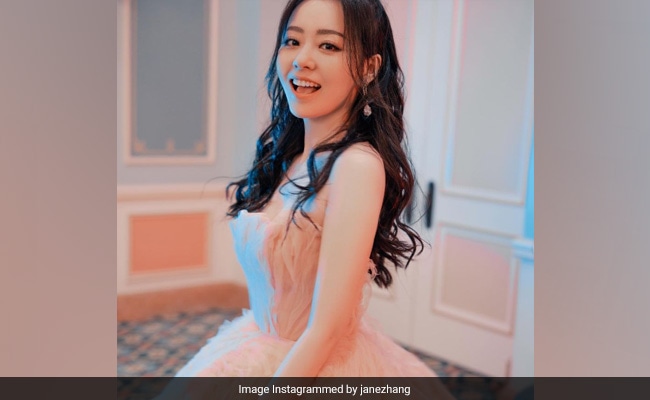 The singer admitted that she deliberately infected herself with Covid-19

Popular Chinese singer and songwriter Jane Zhang has been facing massive backlash on social media after she revealed that she deliberately infected herself with the coronavirus. Her shocking revelation comes at a time when China is facing a massive surge in coronavirus cases, driven by the BF.7 Omicron variant. The singer admitted on social media that she deliberately infected herself with the coronavirus by seeing friends who had tested positive. Taking to Weibo, she said that she had visited the homes of ‘sheep’ – a term for virus carriers in mainland China, according to a South China Morning Post.

The reason? The singer wanted to contract the virus in preparation for an upcoming New Year’s Eve concert. Ms. Zhang explained that she wanted to catch the virus so that she would not be at risk of infection during the concert, which is held at the end of December. “I was concerned that my condition during the New Year’s Eve performance would be affected, so I met a group of people who have tested positive since I currently have time to recover from the virus,” she wrote.

The 38-year-old singer added that she went to sleep after she began to have symptoms such as fever, sore throat, and body aches. Zhang explained that her symptoms were similar to that of a Covid patient but only lasted one day. “After sleeping for a day and a night, all my symptoms disappeared … I just drank plenty of water and took vitamin C, without taking any medicine before I got well,” she added.

Singer #JaneZhang says that she’s worried she’ll be sick for New Years concerts, so she decided to visit some covid+ people to get sick and get over it

Now she’s getting bashed because she said she recovered in 1 day, lost weight and now has good skin😂 pic.twitter.com/wyki8v2wrZ

Ever since her post went viral, many criticized her for her insensitive and irresponsible behavior, especially at a time when China is facing a Covid-19 surge. Facing backlash for her actions, the singer deleted the controversial post from social media and apologised to the public.

“I didn’t consider things carefully before making my previous posts. I apologise to the public,” she wrote on Weibo.“I was worried that if I got infected when the concert was held, it would increase the risk of my colleagues being infected again. So I was thinking that since it is an inevitable thing, why not get ill now when I don’t need to leave home so that I can go to work after I recover? It would be safer for all of us,” Zhang explained.

According to SCMP, the singer dubbed the “Dolphin Princess” has been a popular music star in China for nearly two decades after she won a national singing contest in 2005.

Karnataka Legislature To Pass Resolution On Border Row With Maharashtra