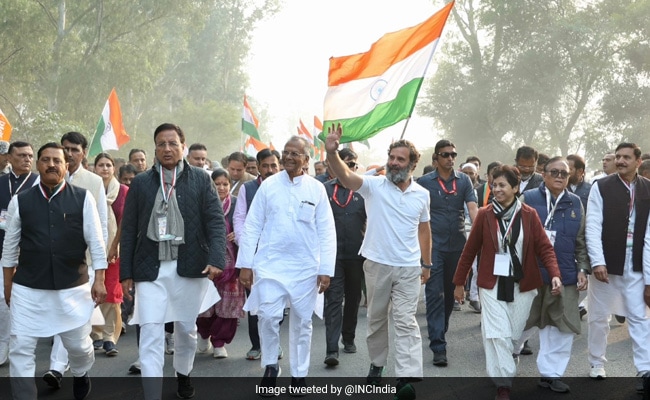 The yatra entered Haryana on Wednesday from Rajasthan.

“Understand the chronology,” the Congress said on Thursday, as it pointed out that the Health Minister wrote to Rahul Gandhi over Covid concerns and Prime Minister Narendra Modi was reviewing the virus-related situation just days before the Bharat Jodo Yatra enters Delhi. The Congress’ jibe came just hours before Prime Minister Modi is set to review the situation related to COVID-19 in the country at a high-level meeting on Thursday afternoon.

Accusing the government of selectively picking on the Bharat Jodo Yatra over Covid concerns, the Congress on Wednesday had pointed to the BJP taking out marches in Karnataka and Rajasthan, and asserted public health is far too serious an issue to play party politics on.

The yatra entered Haryana on Wednesday from Rajasthan.

The Yatra, a mass contact initiative of the Congress, started from Kanyakumari on September 7 and has covered Tamil Nadu, Kerala, Andhra Pradesh, Karnataka, Telangana, Maharashtra, Madhya Pradesh, and Rajasthan.

It will enter Delhi on December 24, and after a break of about nine days, move on to Uttar Pradesh, Haryana, Punjab and finally, Jammu and Kashmir.

India Starts Nasal Vaccines Today. Where Can You Get It