Portugal superstar Cristiano Ronaldo and records walk hand-in-hand. And in a latest, the Manchester United forward has become the first person to have 500 million followers on Instagram. Ronaldo, now almost has the double number of followers than former India captain Virat Kohli. Argentine superstar Lionel Messi is on the second spot in the list of most followers as he has 3.76 million on Instagram. 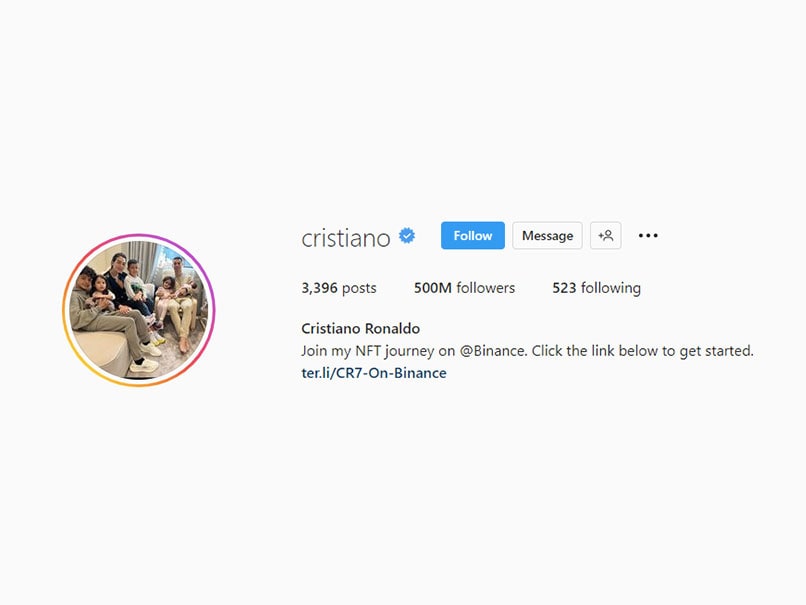 Ronaldo also has more than 105 million followers on Twitter.

Television personality Kylie Jenner is at the third spot with 3.46 million followers while Selena Gomez and Dwayne The Rock Johnson are at the fourth and fifth spot.

Virat Kohli is on the seventh spot in the list with 2.03 million followers.

On Saturday, Ronaldo and Lionel Messi posed together on a chessboard, and the picture immediately went viral.

Ronaldo said Monday that his row with Manchester United would not have an adverse effect on the Portugal team at the World Cup in Qatar. Reduced to a peripheral role at United this season, the superstar last week lashed out at his club and United coach Erik ten Hag in a TV interview.

“I have no doubt that this recent episode, that interview, and other episodes with other players that happen sometimes, can sometimes shake the player but won’t shake the team,” Ronaldo said at a press conference at the Portugal camp.

Ronaldo was suspended for the Premier League club’s 1-1 draw at Chelsea after refusing to come on as a substitute against Tottenham last month.

The 37-year-old claimed during the interview with British journalist Piers Morgan that he felt “provoked” into that reaction by Ten Hag. “You don’t eat this, but I am concerned with taking care of my body” – Erling Haaland reveals his unusual 6,000-calorie daily diet that includes hearts and liver