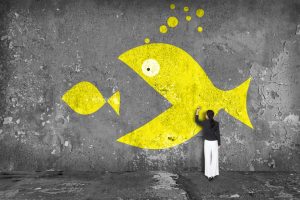 What has been reported is that Amwell would acquire Talkspace for about $200 million at about $1.50 per share. It represents a steep drop from when the teletherapy company went public last year through a blank check deal with Hudson Executive Investment that valued Talkspace at $1.4 billion.

Amwell approached Talkspace in the past about an acquisition, though Talkspace turned it down, Seeking Alpha reported earlier this year.

If the new rumors are true, would this acquisition make sense?

One venture capitalist was “dismissive” of the rumors. Amwell is more focused on providing technology that enables others to deliver clinical services, rather than offering clinical services itself, said Michael Greeley, cofounder and general partner of Flare Capital Partners.

“[Amwell] prides itself on being a kind of best-of-breed technology vendor, and an enabler of a lot of these virtual services,” Greeley said in an interview. “I’d be surprised if they would make a specific investment in behavioral health clinical services … it’s not clear to me that the horizontal tech vendors are going to want to start buying one-off clinical services.”

While virtual care models will likely have to consolidate sometime down the road, Greeley said he doesn’t anticipate a tech vendor like Amwell being the one to bundle the companies.

“What does the go-forward model look like? It may actually have a telehealth backbone like an Amwell, or it may be your insurance company that is going to start to aggregate these things and package them as insurance products. That to me seems like a more obvious path, where the insurers start to take ownership of these solutions,” he said. “Maybe it’s an Amazon or Walgreens or CVS, but I just don’t see it being a tech vendor like Amwell.”

Another industry follower said he believes the rumors but expressed skepticism on how Talkspace would fit into Amwell’s business model. Amwell is a B2B company, while Talkspace is both B2B and direct-to-consumer, the latter of which seems to be experiencing challenges. Blake Madden, founder of industry newsletter Hospitalogy, said he doesn’t see the direct-to-consumer model working well for Amwell.

“The way I see it playing out is Amwell wants to acquire Talkspace for their B2B relationships, and they have a lot of B2B relationships,” Madden said in an interview. “I think that if Amwell were to succeed in acquiring Talkspace, they would really lean into that B2B side and honestly I wouldn’t be surprised if they spun off the direct-to-consumer business or made that into less of a priority because it seems to be more of a struggling business right now.”

Others are less skeptical of the rumors, such as Dan Gebremedhin, partner of Flare Capital Partners. Gebremedhin said the acquisition would make sense for the companies, though he echoed Madden’s comments that Talkspace would probably move away from the direct-to-consumer side.

“Talkspace has well north of $100 million of recurring revenue with a combination of large enterprise contracts and direct-to-consumer business. Amwell is primarily focused on the enterprise, and therefore are likely to cross-sell synergies,” Gebremedhin wrote in an email. “[I would] imagine Talkspace would likely get out of the D2C business over time and focus on the enterprise business, which looks to be close to two-thirds of total revenue.”

In direct contrast to Greeley, he added that Amwell may actually be looking to gather point solutions. And behavioral health is a priority for many healthcare companies.

“Amwell has built a platform-based solution and is now looking to integrate point solutions to deliver clinically integrated solutions on top of their existing virtual care platform … Behavioral health is a top five need for large healthcare enterprises, and I’d imagine Amwell is hearing this in many of their existing and potential customer contracts,” Gebremedhin said.

Another venture capitalist said she wasn’t surprised by the rumors, though the purchasing price represents a major downward shift from other recent M&A deals.

“Telemedicine players have been looking to expand their scope and behavioral health has long been considered the next logical move beyond urgent and primary care,” Marissa Moore, health tech investor at OMERS Ventures, wrote in an email. “That’s not new. We’ve already seen Teladoc and Amwell do deals here. But what is different now is that negotiating power has dramatically swung back in buyers’ favor. And that’s reflected in the rumored purchase price for Talkspace.”

Moore’s colleague wouldn’t comment on the merits of the rumored deal, but stressed that consolidation is necessary.

“I do think it makes 100% sense that there may be more consolidation in the behavioral health market,” said Michael Yang, managing partner of OMERS Ventures. “Way too many virtual mental health companies were spawned in the recent era and they are too subscale, unprofitable and challenged to differentiate. It stands to reason that they simply can’t all make it. For the sake of patients, providers and everyone in the ecosystem, consolidation may help ensure that patients have continued access to care and providers can have a more longitudinal relationship with patients, by virtue of the fact that future purveyors of these services are more stable organizations.”

As expected, both Amwell and Talkspace declined to comment.