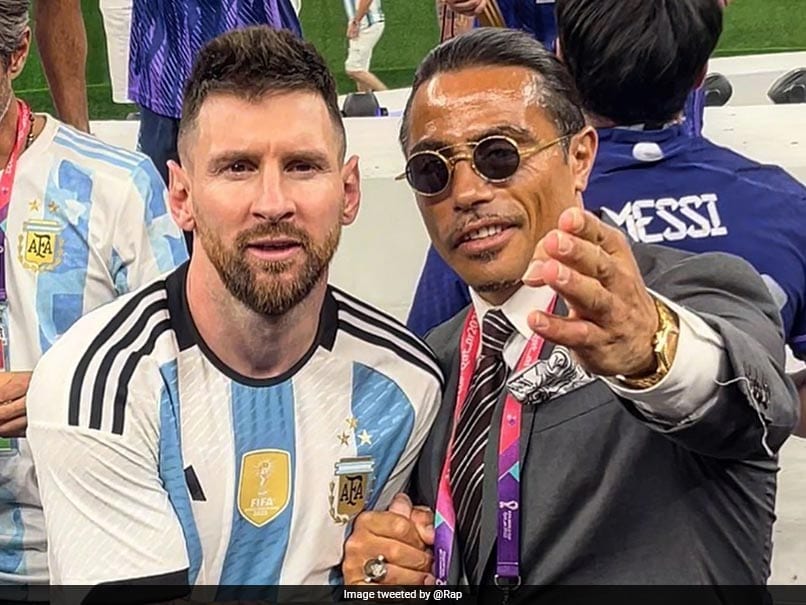 Celebrity chef Salt Bae has been slammed by many over his FIFA World Cup 2022 final antics. Despite not being a part of the winning Argentina team, the celebrity chef didn’t just get the access of the playing field but also managed to get his hands on the prestigious World Cup trophy. Since images of him holding the trophy emerged, social media posts criticising him have flooded the internet. In the wake of the controversy, FIFA has reportedly launched an investigation into the matter.

The celebrity chef, whose real name is Nusret Gokce, got the access to the pitch which ‘technically’ shouldn’t have been allowed. As per a report in Sky Sports, the access gained by Salt Bae wasn’t even ‘authorised’. As per FIFA’s rules, only the World Cup winners and heads of state are permitted to touch the trophy during the course of the closing ceremony.

In a number of videos and pictures that have surfaced online, Salt Bae could be seen holding the trophy alongside multiple Argentinian footballers.

A FIFA Spokesperson said on the matter: “Following a review, FIFA has been establishing how individuals gained undue access to the pitch after the closing ceremony at Lusail stadium on 18 December. The appropriate internal action will be taken.”

It was rumoured that Salt Bae got the access to the field and the trophy because of his ‘connections’ with FIFA President Gianni Infantino. But, as per Sky Sports, the two do not have any involvement and there’s no commercial relationship between FIFA and Gokce either.

During the on-pitch celebrations, Salt Bae also tried to get hold of Lionel Messi but the Argentina captain snubbed him. Even Argentina defender Lisandro Martinez looked visibly displeased while posing alongside the Turkish chef for a picture on the field.