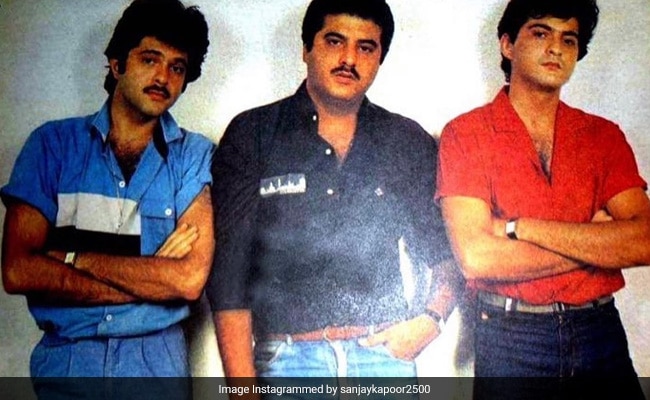 Anil Kapoor is having a fantastic birthday today. He has turned 66 but we all know, age is just a number for him. To make Anil Kapoor’s day extra special, his family and friends shared priceless photos of themselves and the actor with heartwarming notes on social media. His wife Sunita Kapoor had the sweetest wish among all. She posted some solo shots of the birthday boy, looking dashing as always and ended the album with a loved-up picture from a trip. Her caption will give you couple goals. It read, “Happy birthday to my amazing husband who never ceases to amaze me with his hard work, talent, sensitivity, intelligence and his passion. Love you for all you are and all that you do. Love you for all the big and little ways you make our life so great, you are my husband, my best friend and the light of my life…have the best year ever. Love you so much.”

“You remain the flagship of our family,” wrote elder brother Boney Kapoor in his birthday post for the Ram Lakhan actor. The producer shared a black-and-white picture of Anil Kapoor. He captioned it, “Happy birthday, Anil. You have done our family very proud by your hard work which has given you immense success and given us a lot of happiness.”

Anil Kapoor’s sister-in-law Maheep picked the best throwback picture of him to post on his birthday. Anil Kapoor is seen holding baby Shanaya in his arms in the blast from the past. Take a look: 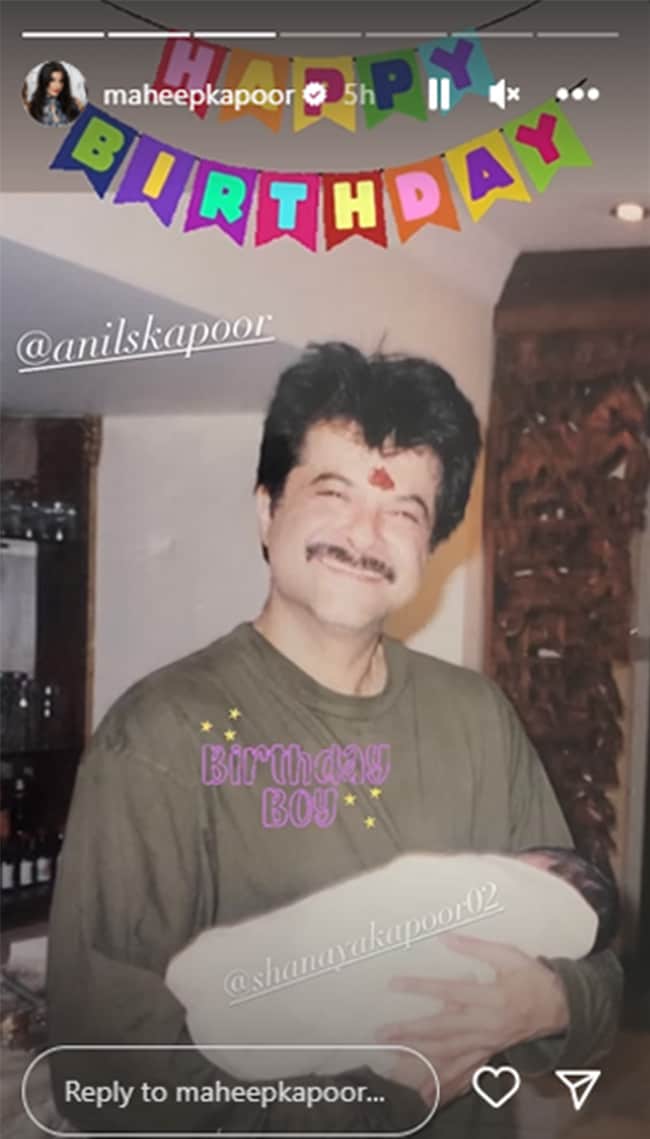 Anil Kapoor’s son-in-law Anand Ahuja shortlisted his best memories with the Bollywood star. They also feature Anand and Sonam’s son Vaayu. The caption read, “Anil Kapoor, happy birthday! I’ve always said the secret to your energy have been your curiosity, positivity and ethics. It’s so exciting to see your relationship with our young King develop and I hope that he, along with all of us, continue to learn these traits that you personify every day.”

“Happy, happy birthday to the best dad in the whole world. I love you,” wrote Sonam Kapoor sharing priceless pictures of the actor with his grandson Vaayu. She added, “You’re the greatest and the best. Everything you do you do for us, everyone should be this blessed. Love you Daddy So proud to be your daughter.”

Arjun Kapoor, in his birthday post for chachu Anil Kapoor, said what we all were thinking. “Anti-aging ke Badshah Anil Kapoor ko happy birthday! Chachu, have a super super one! Love you lots.”

Anil Kapoor also received birthday wishes from niece Anshula Kapoor and nephew Mohit Marwah. The actor will next be seen in the films Fighter and Animal.