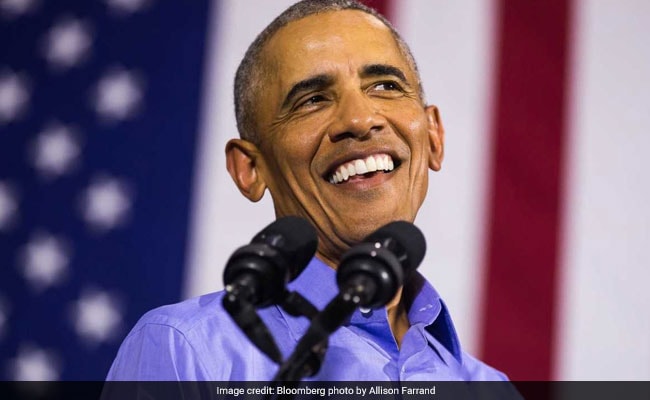 Mr Obama said that he was also biased towards ‘Descendant.’

Barack Obama, former President of the United States, continued his annual tradition of posting his favourite movies, books and music of the year. In a tweet, he said, “I always look forward to sharing my lists of favorite books, movies, and music with all of you,” Obama tweeted. Sharing the list of movies, Mr Obama wrote, “I saw some great movies this year – here are some of my favorites. What did I miss?”

I saw some great movies this year – here are some of my favorites. What did I miss? pic.twitter.com/vsgEmc8cn8

Obama’s list features hits like ‘Top Gun: Maverick’ and ‘Everything Everywhere All at Once,’ but it also features a significant number of international films like Park Chan-wook’s ‘Decision to Leave,’ Celine Sciamma’s ‘Petite Maman’ and ‘Wheel of Fortune and Fantasy,’ from ‘Drive My Car’ Oscar winner Ryusuke Hamaguchi.

Mr Obama said that he was also biased towards ‘Descendant’ since the Netflix documentary was produced by Higher Ground Productions, an Obama-founded company.

Social media users soon noted out that one of the year’s highest grossing films, ‘Black Panther: Wakanda Forever,’ was missing from Mr Obama’s list. Some even said that the former President should watch SS Rajamouli’s ‘RRR’ which is also one of the shortlists for the 2023 Oscars.

The Way Of Water Reviewed By Akshay Kumar And Varun Dhawan