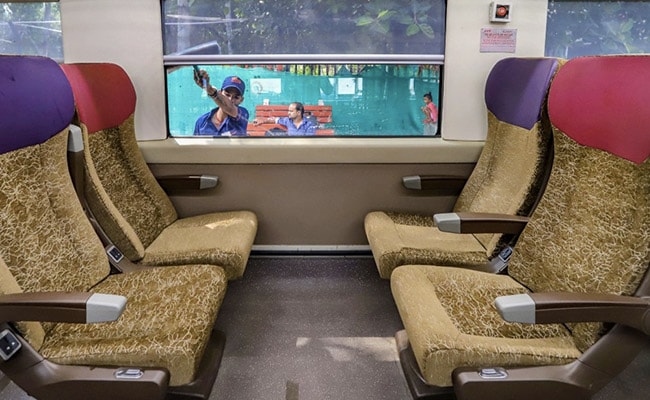 A new Vande Bharat Express train to run from Howrah to New Jalpaiguri — another, faster connection between state capital Kolkata and northern Bengal — is likely to be inaugurated by Prime Minister Narendra Modi on December 30. The PM is to visit Kolkata for a meeting of the National Ganga Council that day.

The train is expected to be faster than the current Shatabdi Express between these two stations that takes just over 8 hours for the 550-odd km run. Exact schedule is awaited.

It will be the seventh Vande Bharat Express overall since the semi-high-speed train was launched in 2019, and the first in eastern India. Facilities for parking and maintenance are being given finishing touches at Howrah, the railway station with the highest number of platforms in India.

The train has better amenities and superior comfort than other similar trains. Onsome routes, it can reduce journey time by 25 per cent. In the budget for the ongoing financial year, Union Finance Minister Nirmala Sitharaman had announced that 400 Vande Bharat trains with better energy efficiency will be developed and manufactured in the next three years.

All coaches have automatic doors and onboard Wi-Fi internet for entertainment.

Earlier it was expected that the first Vande Bharat in India will be launched on the Howrah-Ranchi, connecting Bengal and Jharkhand.

The six routes that have this train at present include links between national capital Delhi and Varanasi (UP), Amb/Una (Himachal Pradesh), and Katra (Jammu and Kashmir). Chennai-Mysuru, Mumbai-Gandhinagar and Bilaspur-Nagpur are the other three routes.

Ranveer Singh To NDTV: “Proud Of Deepika As Husband And Indian”