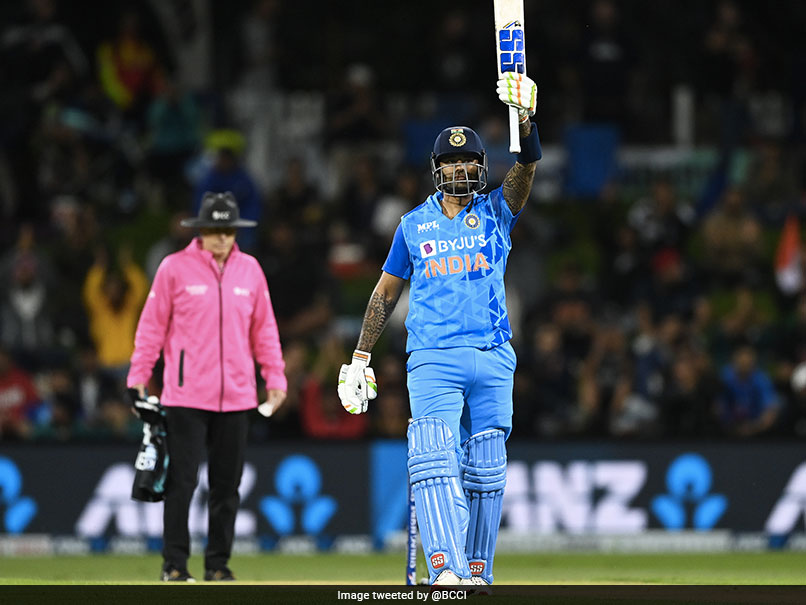 Right-handed batter Suryakumar Yadav was at his blistering best in the ongoing second T20I vs New Zealand and he brought up his century off just 49 balls. As soon as he brought up the landmark, Suryakumar celebrated in style and his skipper Hardik Pandya embraced him. This is Suryakumar’s second T20I ton, and co-incidentally his first ton in the shortest format came this year itself against England.

this SKY has no limit! 🫡

Surya brings up his & guides #TeamIndia to a big total in the 2nd #NZvIND T20I.#NZvINDonPrime : https://t.co/uoQDFzDYe5#CricketOnPrime pic.twitter.com/ibIJVo2uXp

Suryakumar Yadav walked out to bat in the 7th over of the innings and he started playing shots from the get-go and no New Zealand bowler was comfortable while bowling to him. Throughout the innings, the batter showed why he is ranked No.1 in the T20I rankings.

The right-handed batter was the best Indian batter in the recently-concluded T20 World Cup, where India reached the semi-finals. He was able to go after the bowling from the get-go, and the tournament, saw Suryakumar Yadav hitting three half-centuries.

Against New Zealand, Suryakumar Yadav hit 11 fours and 7 sixes. In the end, he remained unbeaten on 111 off just 51 balls. He had brought up his half-century off just 32 balls.

In the end, his knocked helped Team India post 191/6 in 20 overs. Tim Southee also took a hat-trick for New Zealand.

Earlier, it was Kane Williamson who had won the toss and he had opted to bowl first.