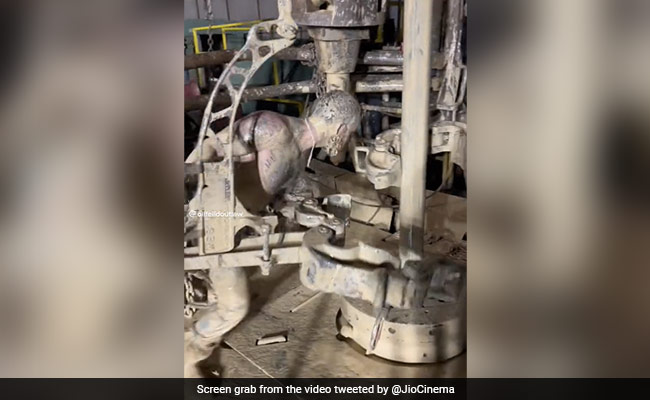 Football fans were left disappointed yesterday due to buffering issues during the live-streaming of the inaugural FIFA World Cup match on the JioCinema app.

As memes flooded social media, JioCinema replied with a meme while assuring its subscribers that they are working to resolve the issue.

Our team hard at work to solve some of your buffering issues😵‍💫pic.twitter.com/mjxLV5cgmD

“Dear @JioCinema fans, We are continuously working to give you a great experience. Please upgrade your app to the latest version to enjoy #FIFAWorldCupQatar2022. Apologies for any inconvenience” tweeted JioCinema.

Joining the meme bandwagon trending over the issue, it posted another tweet with a Tik-Tok video showing a labourer, covered in dirt, at work. “Our team hard at work to solve some of your buffering issues,” said JioCinema.

The video was first shared by another user as a meme describing the working conditions at Twitter headquarters after Elon Musk took over.

Here are some of the memes shared by users on Twitter, criticizing the live-streaming of the match.

The worst ever start for a World Cup broadcast.

Leave it if you can’t do it #JioCinema. Disappointed.#QatarWorldCup2022#FIFAWorldCup#JioCinemapic.twitter.com/dZ4bonUHPf

This is how i watched the first goal#JioCinema#FAILpic.twitter.com/f1ImO4S4xB

So that’s why it’s free…#FIFAWorldCup#JioCinema#Jiopic.twitter.com/pFCS8mBOPB

Did you come across any other related meme?