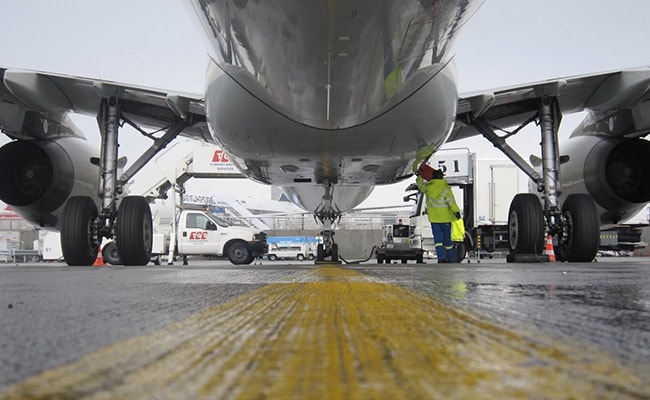 The unidentified body of a black male was found on a jet operated by TUI Airways. (Representative pic)

In an unexpected incident, a dead man was found in the wheel bay of an airplane that flew from Gambia to Britain. According to a statement by Gambian authorities, the unidentified body of a black male was found on a jet operated by TUI Airways. The plane had flown from Gambia’s capital of Banjul to London’s Gatwick airport.

“It is with profound shock and sadness that the Gambia Government received today, information from Sussex Metropolitan Police in the UK of a dead male found on TUI flight, No. BY225 from Banjul to London, Gatwick on 5th December 2022,” the statement read.

“According to the information, the deceased black male was found within the wheel bay of the aircraft without identification documents to establish his name, age, nationality or travel itinerary. It is, therefore, not clear at this stage, who he is; whether Gambian or non-Gambian en route to another destination,” it added.

According to CBS News, Ebrima G. Sankareh, Gambian government spokesman, said that the body has been removed from the aircraft and taken to Worthing Hospital. Gambian authorities are collaborating with British police and testing the DNA of the man for purposes of proper identification.

“While awaiting further information from the UK police, the Gambia Government will not only collaborate with the UK police but will continue its own investigation into this unfortunate situation and will surely update the public accordingly,” the statement said.

Meanwhile, as per the outlet, this is not the first time that stowaways have been found on planes from Africa to Europe. Earlier this year, police in Amsterdam discovered a stowaway hidden in the nose wheel of a cargo plane arriving from Kenya. In 2019, a suspected stowaway fell to his death from a Kenya Airways plane in England.