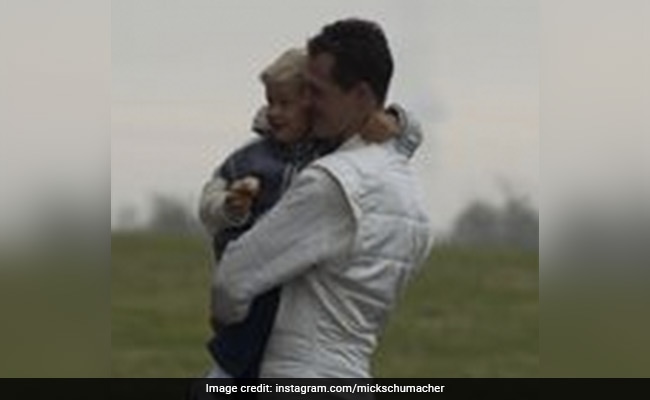 Michael Schumacher’s son has paid a moving tribute to the motor racing icon ahead of the anniversary of his accident. But Mick Schumacher’s touching gesture of changing the profile picture on Instagram has left fans desperate for news. Seven-time world champion Michael Schumacher suffered a severe brain injury in December 2013 during a skiing accident in the French Alps. He was placed in a medically induced coma until June 2014 and is now back home in Switzerland with his family. According to some reports, he is in a semi-vegetative state.

The 23-year-old’s new profile picture on Instagram shows Michael Schumacher holding him as a child. It make the Formula 1 racer’s fans anxious about an update about his health.

Some social media users called it a “lovely picture”, but others said it’s a cryptic message from Mick about his father’s condition.

“It has been obvious from day one that he is little more than a vegetable… very sad as I loved to watch F1 when he was in it but I don’t really like how they are trying to hide how bad he is and saying stuff that might give the impression that he is getting better,” a Reddit user said.

“Lovely picture of the two together – I don’t know why it makes me anxious though, almost like a bad news feeling,” said another.

The Schumacher family has always been under pressure from the motor racing icon’s fans for being secretive about his condition.

Mick Schumacher last year entered Formula 1 with the Haas team and since then has appeared in 43 races and scored 12 points. He recently signed with Mercedes as Lewis Hamilton’s back up driver.

“I Can Never Forget That”: Taapsee Pannu On Her Most Embarrassing Moment | Jai Jawan Rapid Fire

Harry May Reconcile With Royal Family Before Charles’ Coronation: Report