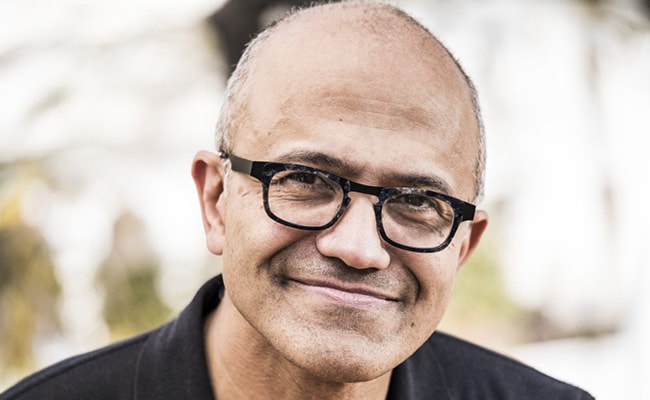 Indian-American Satya Nadella is the executive chairman and CEO of Microsoft. He rose steadily through the ranks of Microsoft management in a career spanning three decades. Now an old video of him illustrating a demo for Microsoft Excel is doing the rounds on the internet.

The video was shared by Brandon Arvanaghi on December 22. In the video, Mr Nadella is referred to as ‘Technical Marketing Manager’ at Microsoft. He’s seen participating in DevCast, a satellite-broadcast telethon. In the event, employees from the company used to demonstrate the most recent advancements to Windows and Office suite and developers could call in live and ask questions during the same. In the now-viral video, Mr Nadella is seen encouraging developers in a segment to create new work apps for the Windows NT operating system by combining Excel and Microsoft Visual Basic. The video was originally shared on YouTube by VHS Video vault.

The video dates back to 1993 when Mr Nadella was roughly a year old in the company.

Mr Arvanaghi captioned the video as, “Today, he’s the CEO of a $1.8 trillion company. In 1993, he was just another middle manager doing Excel demos.Satya Nadella worked at Microsoft for 22 years.He climbed the ladder. And is worth $700 million today.There are many ways to win.”

In 1993, he was just another middle manager doing Excel demos.

He climbed the ladder.

There are many ways to win. pic.twitter.com/SBMhuT0Awz

Since being shared, the video has nine lakh views and six thousand likes. Many people were left inspired by Mr Nadella’s journey.

“This is so endearing,” commented a user.

A second said, “Satya is one of the most underrated CEOs of this generation. Completely turned Microsoft around.”

“One of the greatest CEOs of our time!” said a third person.

“He is the one guy that I’ve always admired. Highly intelligent, driven, charismatic and empathetic,” said another user.

“Every successful journey begins with the first step!” remarked another user. Lalu Yadav’s Daughter On Donating Kidney To Him