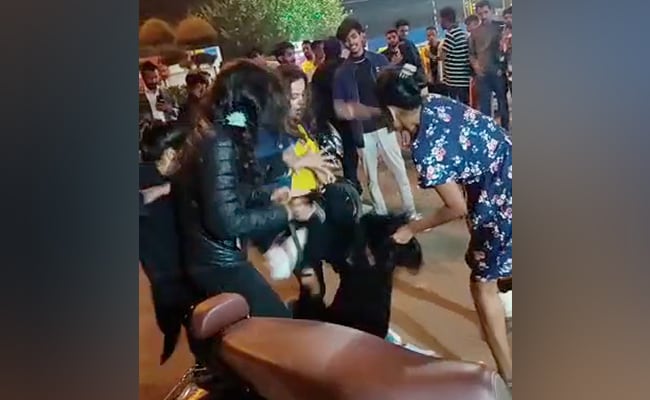 The woman works as a salesperson in a pesticide shop.

A woman was assaulted by four others on a busy road in Madhya Pradesh’s Indore district, the police said.

The video of the incident is going viral where the victim can be seen grounded and being beaten with belts at the LIG intersection in Indore. The incident occurred late at night around 1 am on Friday.

In the video, the accused, who were reportedly drunk, can be seen pulling the woman’s hair, and punching and kicking her face, while bystanders watch her being mercilessly beaten.

The woman in her complaint alleged she was beaten without any reason, the police said.

The police registered a case under charges of obscene acts, voluntarily causing hurt and criminal intimidation.

The woman works as a salesperson in a pesticide shop at Dhenu market in Indore.

What Munugode Poll Result In Telangana Means For TRS, BJP And Congress