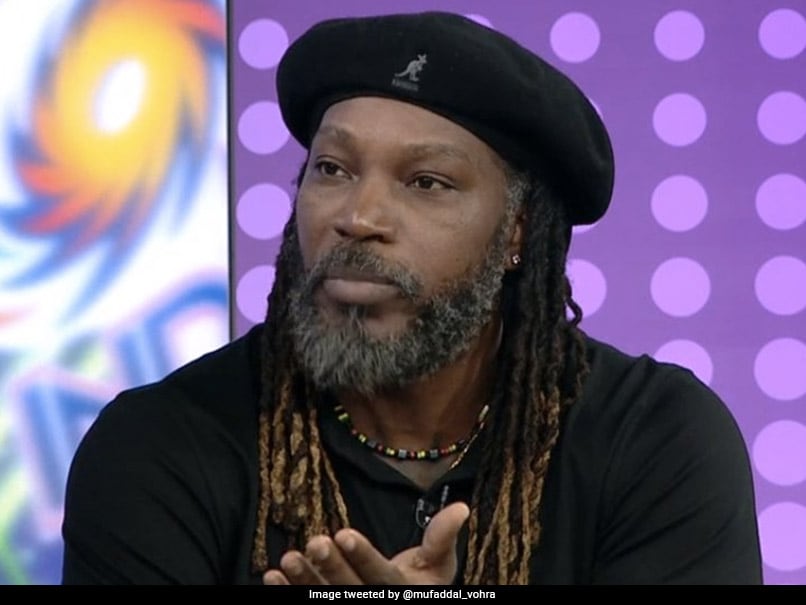 Former West Indies star Chris Gayle was in a playful mood during the IPL auction.© Twitter

All-rounders Sam Curran (INR 18.5 crore to Punjab Kings), Cameron Green (INR 17.5 crore to Mumbai Indians) and Ben Stokes (16.25 crore to Chennai Super Kings) became the three most expensive buys at the Indian Premier League (IPL) 2023 Player Auction. When Punjab Kings won the bid for Curran at Rs 18.5 crore, he eclipsed Chris Morris‘ record of being the most expensive player in the Indian Premier League auction. At Punjab, he joins his compatriots Johnny Bairstow and Liam Livingstone. Meanwhile, Mumbai Indians got Green after a fierce battle with Delhi Capitals. Stokes, who played with MS Dhoni at Rising Pune Super Giants, will join the former India skipper in Yellow threads as the third most expensive player in the auction.

“These three are private jet category players,” chuckled Chris Gayle as an expert in JioCinema.

West Indies wicketkeeper Nicholas Pooran got Rs 16 crore from Lucknow Super Giants. It got countryman and Gayle in a playful mood. “Nikki P, the money that I lend you, can I get it back please,” joked Gayle immediately after.

England’s Harry Brook was bought for Rs 13.25 crore by Sunrisers Hyderabad after an intense bidding war with Rajasthan Royals, who did not have enough in their purse to continue bidding. Brooks amassed 468 runs at an average and strike rate of 93 in the Test series against Pakistan that England won 3-0. In 20 T20Is, Brook has 372 runs at an average of 26.57 and a strike rate over 135.

“Harry Brook – broke the bank early! That’s a lot of money, it’s good a buy. He’s a good player as well. I am happy for Mayank as well. So, Sunrisers really tucking it up in the batting department, ” said Gayle.

Leicester City vs Newcastle United, Premier League: When And Where To Watch Live Telecast, Live Streaming “You Made History”: Kylian Mbappe’s Ultimate Praise For Morocco Star