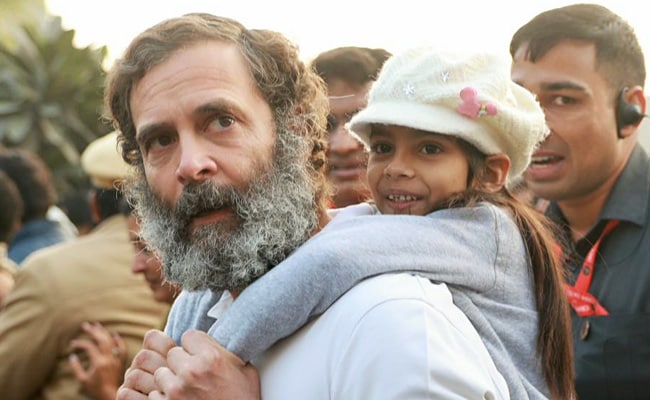 Congress leader Rahul Gandhi today spoke about why he’s been walking in a mere t-shirt in North India’s chilly winter as his Bharat Jodo Yatra reached the national capital. “They keep asking me how I do not feel cold,” he said, referring to journalists’ questions.

“But they do not ask the farmer, the worker, poor children, this question,” he added, speaking further about those who may not be able to afford basics such as warm clothes.

“I have walked 2,800 km, but I believe that is not a big deal. Farmers walk so much every day; as do farm labourers, factory workers — all of India, in fact,” he said, addressing the gathering near the Red Fort. 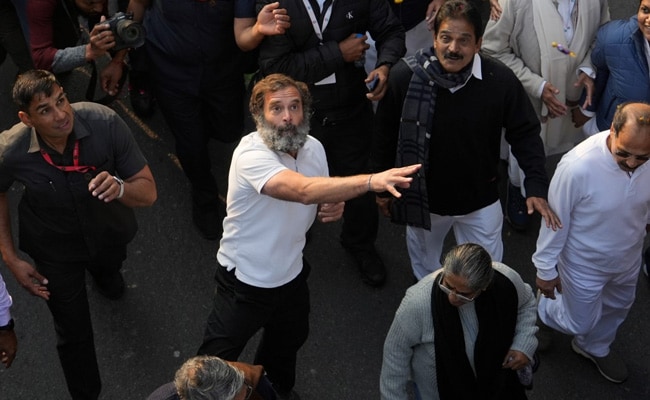 On the subject of Mr Gandhi not feeling cold, Congress leader Kanhaiya Kumar gave another theory this morning while speaking to NDTV: “When you face so many attacks — you know, he is the favourite target of BJP and RSS’s hatred — your body becomes ‘proof’.”

“The press asks me if I feel cold or not. But why doesn’t the press ask this question to India’s farmers, labourers?”: Rahul Gandhi pic.twitter.com/hEG8HAPPEO

Rahul Gandhi, speaking later as the yatra completed its Delhi leg, said he had met all kinds of people in the yatra — it began from Kanyakumari and is to conclude in Kashmir — but did not find any “nafrat” (hatred) among common people, “though I did spot dar (fear)”.

He said he could tell by just holding someone’s hand what they did. “When you hold a labourer’s hand, you can tell — they are the hands that toil. People like those are not being heard; their concerns hidden from view by the few businessman who now control everything,” he added.

Accusing the BJP and RSS of spreading hatred and fear, he said, “When I started, I thought there will be hatred everywhere. But I did not find that… When you watch TV, there is just Hindu-Muslim, Hindu-Muslim, but the people of India are not like that.” 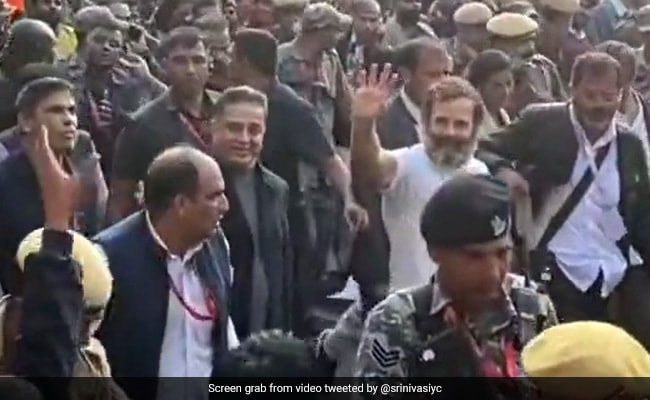 Actor Kamal Haasan, too, came to walk with the Gandhis when the march was nearing the Red Fort. He later addressed the gathering and said, “My father was a Congressman and I started my own political party. But I come here as Kamal Haasan, son of India. Politics comes later… My inner voice told me to join those who are working on uniting India.”