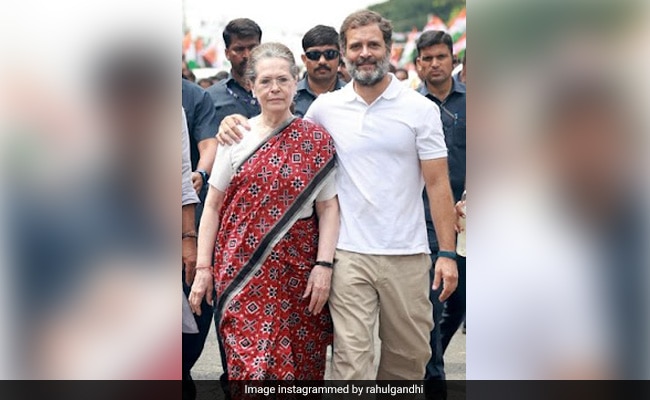 The Bharat Jodo Yatra commenced from Kanyakumari in Tamil Nadu on September 7.

Congress leader Rahul Gandhi as a kid asked his mother Sonia Gandhi whether he was good-looking and her response was – “perfectly average”.

This anecdote from his childhood was narrated by Rahul Gandhi himself in an interview given to a YouTuber during the Bharat Jodo Yatra.

Responding to interviewer Samdish Bhatia, who said Mr Gandhi was good-looking, Rahul Gandhi said, “When I was a kid, I went to my mum and I was like ‘Mommy, am I good looking?’ My mom looked at me and said, ‘No, you are perfectly average’.”

Asked if he was making this up, Rahul Gandhi said, “My mother is like that. My mother will put you immediately in your place. My father also. My whole family is like that. If you say something, they will put you exactly where you need to go. So, she said ‘you are average’. That stuck in my mind.”

In a chat about his life and lifestyle, Rahul Gandhi said he shops for his shoes but sometimes his mother and sister also send him shoes.

“Some of my politician friends also gift me shoes,” he said.

Asked if anyone from the BJP sends him shoes, Mr Gandhi said that “they throw them at me”.

On if he threw them back, Mr Gandhi said, “Never, never ever”.

“About God, the Idea of India, and much more. An unfiltered and candid talk, on the Bharat Jodo Yatra trail, with @UFbySamdishh,” Gandhi tweeted along with the video of the interview.

Mr Gandhi’s cross-country Bharat Jodo Yatra commenced from Kanyakumari in Tamil Nadu on September 7. It has traversed through the states of Tamil Nadu, Kerala, Karnataka, and Andhra Pradesh, Telangana and Maharashtra.

What Sort Of PM Will Rishi Sunak Be? We Have Big Clues

Tirupati Temple Trust Declares Assets, Says It Has Over 10 Tonnes Of Gold, Rs 15,900 Crore In Cash