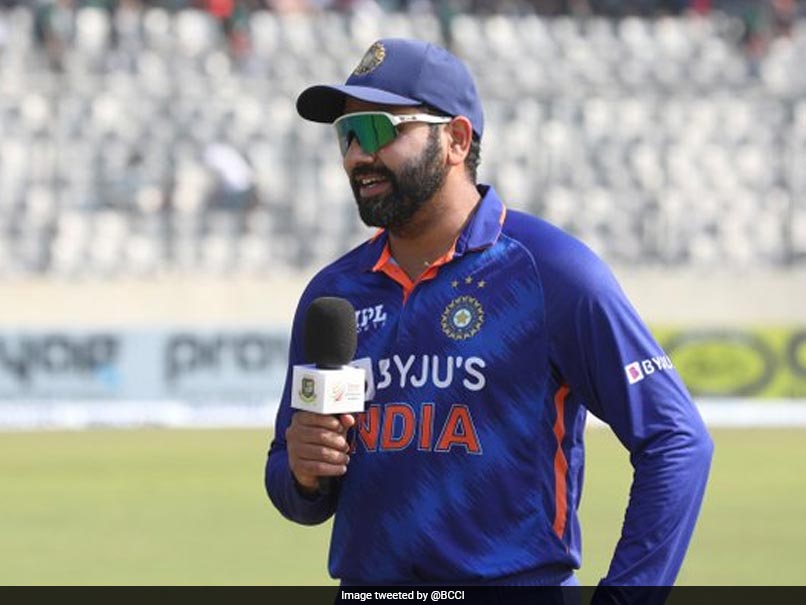 The Indian cricket team had a huge injury scare during the second ODI against Bangladesh in Mirpur on Wednesday, after captain Rohit Sharma suffered a blow to his thumbs while fielding. The BCCI medical team assessed him and he has been taken for scans. The injury happened during the second over of the match after Bangladesh opted to bat. On the fourth ball of the over by Mohammed Siraj, the ball kicked up as Anamul Haque looked to play it past the slip cordon. Rohit, who was standing at second slip, tried to catch the ball and in the process injured his thumb. He was immediately taken off the field and Rajat Patidar replaced him.

“India Captain Rohit Sharma suffered a blow to his thumb while fielding in the 2nd ODI. The BCCI Medical Team assessed him. He has now gone for scans,” the BCCI later said in a tweet.

Update: India Captain Rohit Sharma suffered a blow to his thumb while fielding in the 2nd ODI. The BCCI Medical Team assessed him. He has now gone for scans. pic.twitter.com/LHysrbDiKw

Earlier, Bangladesh skipper Litton Das won the toss and opted to bat first against India in the second game of the three-match ODI series here at the Shere Bangla National Stadium in Dhaka on Wednesday. There were  a couple of changes for India in the must-win tie. India had lost the first ODI of the three-match series by one wicket.

“We have two changes. Axar Patel is back and he replaces Shahbaz Ahmed. Kuldeep Sen is not available for selection, so we have got Umran Malik in place of him. Going back to the drawing board and understanding how we need to play on this conditions, just the basic talk about what we need to do with the bat and how to handle certain bowlers. Had good training session yesterday, and hopefully we can come out and replicate those learnings,” Rohit Sharma said at the toss.

Later, BCCI gave a detailed reason for Kuldeep missing out. “Kuldeep Sen complained of back stiffness following the first ODI on Sunday. The BCCI Medical Team assessed him and has advised him rest. He was not available for selection for the 2nd ODI,” the BCCI said in a tweet.