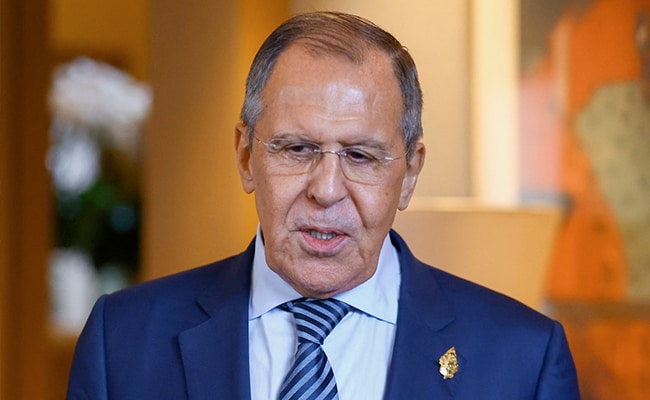 Russia Saturday blasted Warsaw’s refusal to allow Foreign Minister Sergei Lavrov to attend a meeting next month of the Organisation for Security and Co-operation in Europe as “unprecedented and provocative”.

“The decision from Poland, which is the acting chairman of the OSCE, to refuse the participation of the Minister of Foreign Affairs Sergei Lavrov in the OSCE’s ministerial meeting in Lodz on December 1-2 is unprecedented and provocative,” the foreign ministry said of the gathering of ministers from the world’s largest security body.

“Not only did Warsaw discredit itself, it also caused irreparable damage to the credibility of the organisation as a whole,” the ministry said.

Poland said Friday it would not let Lavrov, under European sanctions, in the country for the meeting.

“Delegations should be adjusted to the current EU regulations and not include persons that are sanctioned by the European Union,” the Polish OSCE chairmanship said in a statement.

“With such destructive decisions, the Poles… are pushing the OSCE into the abyss,” the Russian foreign ministry answered.

It said the move would be “depriving (the OSCE) of the last chance to show its relevance in strengthening security and establishing cooperation, for which it was created”.

The ministry charged that the security body was turning into “a platform for political show and anti-Russian exercises”.

“We are convinced that all sensible politicians share the position of the Russian side regarding the inadmissibility of such actions,” it said.

The Russian delegation will instead be led by Russia’s permanent representative to the OSCE Alexander Lukashevich.

On Viral Video Of Delhi Minister Getting Massage In Jail, AAP vs BJP India vs Pakistan, T20 World Cup, Super 12: When And Where To Watch Live Telecast, Live Streaming