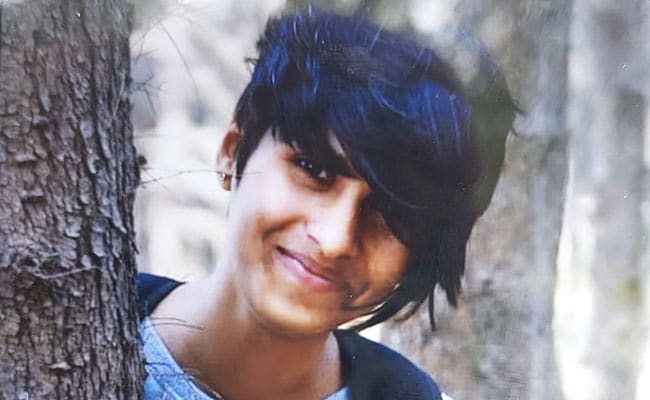 Shraddha Walkar’s WhatsApp conversations and Instagram chats with friends and co-workers from two years ago show that she was once beaten so badly by her boyfriend Aftab Poonawala — now charged with having killed her in Delhi — that she couldn’t get off the bed and had to later be hospitalised, police sources today said.

These chats are from when they lived together in their hometown Vasai near Mumbai, and reveal a pattern of abuse that ended up in murder in May this year, say investigators.

“I won’t be able to make it today because from all the beating yesterday my BP is low and my body hurts. I don’t have the energy to get off the bed,” she wrote to her work manager in the WhatsApp chat, attaching a photo of her face with injury marks. Screenshots of the conversations are now with Delhi Police, and are corroborated by her hospital admission around the same time. 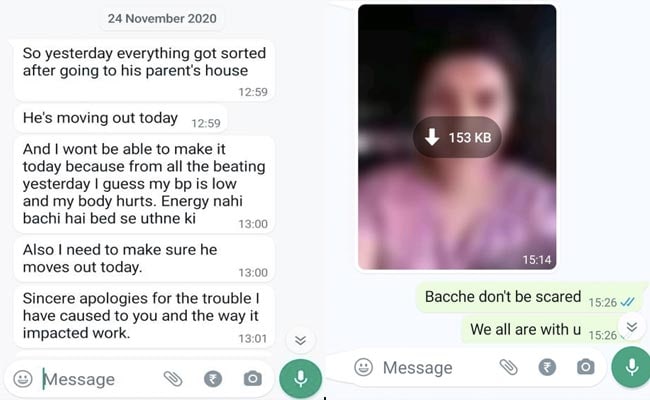 A WhatsApp chat screenshot from police sources shows Shraddha’s conversation with a friend.

She told the manager she needed to “make sure he (Aftab) moves out today” and referred to having spoken to his parents too, in the chat from November 24, 2020, which suggests that they’d probably broken up in between. 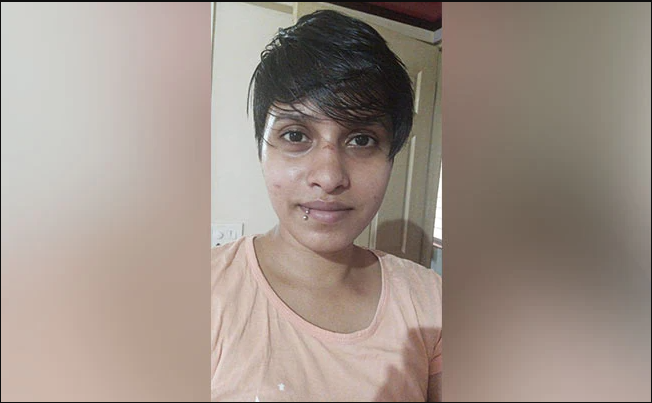 Showing injuries, the photo Shraddha Walkar shared with a friend in November 2020.

The manager asked for her “husband’s name”, which suggests she’d told her office that they were married. “Don’t worry. We are all with you,” the friend responded, telling her he could ask his mother and sister to help her too.

In an Instagram chat with a friend, when Shraddha shared a photo to show off a new hairstyle, the friend noticed injuries. Shraddha said her nose got fractured because she “tripped while climbing the stairs”. 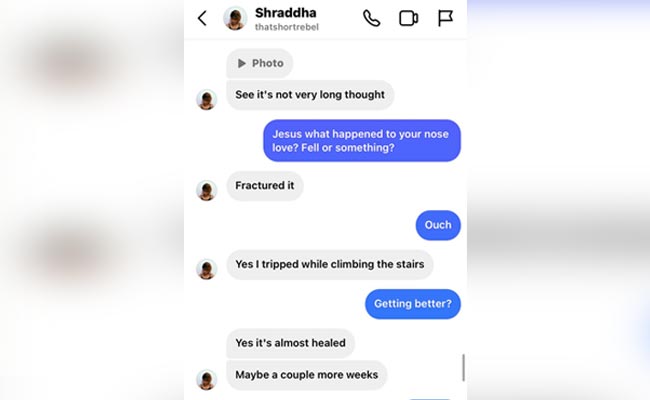 An Instagram chat in which friend noticed Shraddha’s nose injury.

Around a week after this, she was in a private hospital in Vasai between December 3 and 6, records show. The doctor there said Shraddha had “only internal injuries” at the time. The hospital report listed “severe back pain, nausea, neck pain, difficulty in movement of neck, and tingling and numbness in lower limb”. She did not go there for a follow-up.

Rahul Rai, her friend, has said he’d gone with her to the police and the hospital. “He (Aftab) had attacked her two-three times. There was a deep mark on her neck, as if he had tried to strangle her. The police had persuaded Shraddha to go home, though she was terrified,” claimed Mr Rai.

Her friends have now told the police that she routinely suffered domestic violence at Aftab’s hands.

“She kept saying she’d leave Aftab. But she did not,” said her friend from college, Rajat Shukla, who told NDTV about her SOS months before she was killed. “She was physically abused. She told her best friend. Since we were a part of the same friend circle, we were informed about the same.”

Shraddha, 26, and Aftab, 28, both call centre employees, had moved to Delhi in May and four days later, following yet another argument over expenses and infidelity, he strangled her to death, later chopping up the body into 35 pieces that he kept in a fridge and disposed of in a jungle over 18 days, police have said.

The crime was revealed over the past month as her father — who hadn’t spoken to her since May 2021 as he didn’t approve of her inter-faith (Hindu-Muslim) relationship with Aftab — went to the police as her friends alerted him that she’d been out of touch with them, too, for months.

Aftab was, on November 17, sent to five more days of police custody by a Delhi court as police said key evidence — such as identifiable body parts, the knife he used, their clothes from the day of the murder, and Shraddha’s phone — need to be found.

Police have also got permission to conduct narco-analysis, a chemical-based lie-detection test, which may help corroborate his alleged confession.

What’s Not To Like About Neha Bhasin’s Birthday Look

What Elon Musk Said On Kanye West’s “Half Chinese” Remark