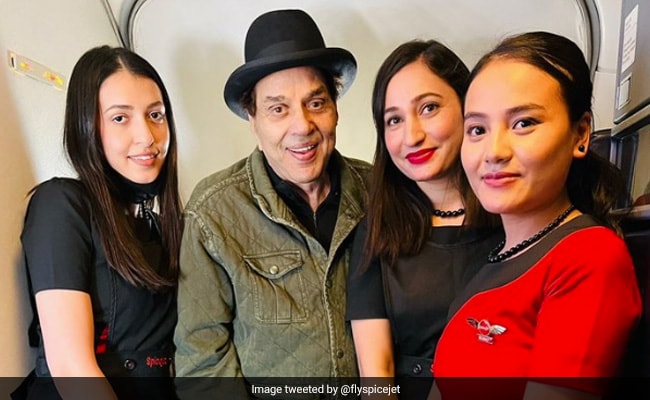 The National Commission for Women had asked Spice Jet to remove the post.

The National Commission for Women, objecting to the airline’s tweet which read — “Garam-Dharam with our red-hot girls”, had asked Spice Jet to remove the post.

The picture featured the actor smiling and posing with three air hostesses, who were dressed in their signature red and black colour dress.

Dharmendra had also replied to the post saying, ”Thanks.. lovely journey with these sweet babies. pata hi nehin chala kab udey kab pahunch gaye (didn’t realise when we few and when we reached).”

Soon after the image caught the attention of social media users, many flocked to the comment section to call out the ”sexist” and ”inappropriate” caption. People took offence to the airline’s labelling of its flight attendants as ”Red-Hot.” One user wrote, ” @NCWIndia disgusting, they are spoiling the legends name and reputation with such low dignified post. No respect for their own female staff.” Another commented, ” SpiceJet, have you lost your mind? What are you writing..?’