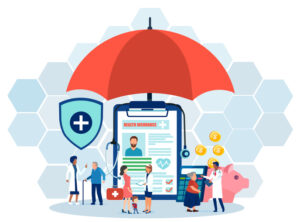 Nearly 90% of Americans prefer to receive their health coverage through an employer versus other means, a new survey found.

The poll, released last week, was commissioned by the Protecting American’s Coverage Together campaign, which is a coalition including the U.S. Chamber of Commerce, Business Roundtable, Vermeer Corporation, the National Association of Manufacturers and Council for Affordable Health Coverage. It was conducted from November 14 to November 19 and surveyed 2,334 people with employer-sponsored health insurance.

It also discovered that 81% of respondents would rather get coverage from an employer than through a government-provided health plan, a response consistent among Republicans, Independents and Democrats.

Americans prefer employer-sponsored insurance for three reasons: quality, affordability and convenience, the survey found. For example, 76% of respondents said that the quality of coverage through their employer is better than the quality of health plans on the open market. Another 83% said their employer-sponsored insurance is more affordable and 95% said it’s more convenient than searching for insurance through the open market.

Health insurance is significantly more valued than other workplace benefits, with 80% of respondents saying it is one of the most crucial benefits to them when looking for a new job. After that, 44% listed 401K or other retirement savings plans and 39% said paid vacation or sick leave. When asked to describe how important each benefit is, 83% said health insurance is “extremely important,” compared to 74% for paid vacation or sick leave and 73% for 401K.

Almost all respondents, or 97%, stated that “quality health coverage is an important way for companies to retain their valued employees.”

“Employees value their employer-sponsored health coverage, and they believe it is fundamentally important for employers to offer it,” said Katie Mahoney, vice president of health policy at the U.S. Chamber of Commerce, in a news release. “[Employer-sponsored insurance] is working for the people with access to it, and the goal of policymakers should be to strengthen and bolster the system to help more people.”

Additionally, the poll discovered that 93% of respondents are satisfied with their current employer-sponsored insurance coverage. Another 91% said that their plan allows them to see the physician of their choosing.

“Nearly half of Americans receive health care coverage through their employer, and it’s clear they want to protect what’s working for them,” said Corey Astill, vice president of health and retirement at Business Roundtable, in a statement. “This survey validates the investments U.S. businesses are making in their workers. It’s imperative that public policy continues to bolster — not weaken — employer-sponsored insurance.”

What Will the Pharma Industry Face in the Year Ahead?