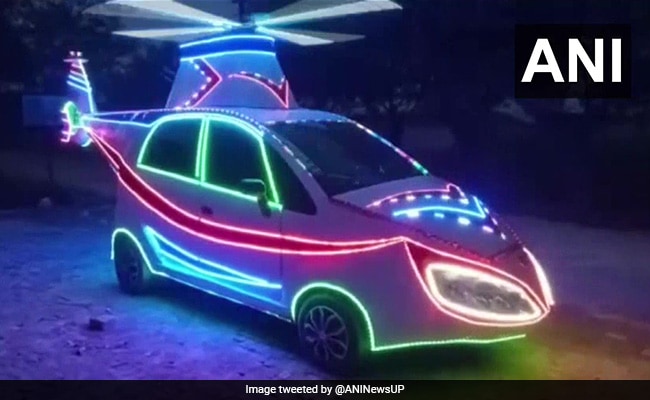 An Azamgarh-based carpenter transformed a Nano car into a helicopter that can run on the road and give passengers the experience of air travel.

I have made a helicopter that runs on the roads. It took about 4 months to complete the work and it cost around Rs 3 lakhs. There is a lot of demand for it: Carpenter Salman (20.12) pic.twitter.com/redDcLonfP

Speaking to ANI, the carpenter who introduced himself as Salman, said, “We have made a helicopter that runs on the road. It took me around four months and cost about Rs 3 lakh. There is high demand for it now.”

He said people gather in huge numbers to experience this helicopter.

“People gather in huge numbers to look at this helicopter running on roads. Those who can’t fly in helicopters, get to feel the experience through this,” he said.

He also said he can take the idea forward and make even more unique inventions.

“If the government and companies help us, we can also make helicopters that can run on water and air. We can take this idea forward for similar inventions,” he further said.

On CCTV, Man Attacked With Sword Near Mumbai Allegedly Over Trade Dispute