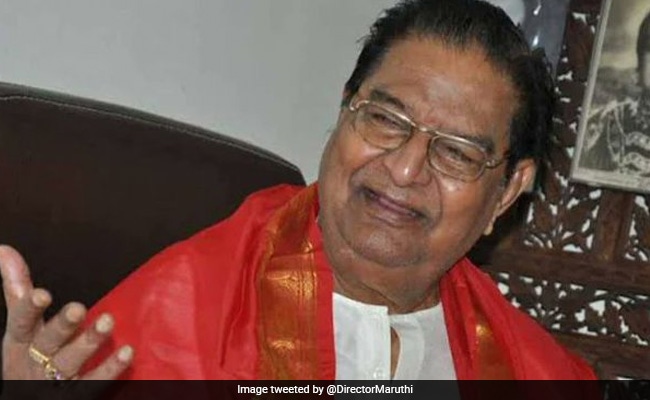 Veteran Telugu actor Kaikala Satyanarayana died at the age of 87 early on Friday morning at his residence in Hyderabad. The veteran actor had been a part of over 750 films from the time of NTR, when he initially used to play his dupe. Over a career spanning decades, he has played hero, antagonist and character roles in family and social dramas as well as mythological films. He was also a member of Parliament in the 11th Lok Sabha from the Telugu Desam party. Members of the Telugu film fraternity, united by grief, paid tribute to the veteran actor on social media.

Saddened to know about the passing of Kaikala Satyanarayana garu. An absolute legend who immortalised many characters on our Telugu silver screen.

Rest in peace legend #KaikalaSatyanarayana garu
We miss you for ever pic.twitter.com/remzBGxvrY

May his soul rest in peace pic.twitter.com/ZjHUeKHkQ3

His first project as an actor was Changayya’s 1959 film Supayi Koothuru. A year later, he featured in Apoorva Sahasra Siraccheda Chintamani. He also starred in Kanaka Durga Pooja Mahima, in which he featured as an antagonist for the first time. Kaikala Satyanarayana was last seen in the 2009 film Arundhati.

Ranveer Singh To NDTV On Cirkus: Rohit Shetty Is A Genre