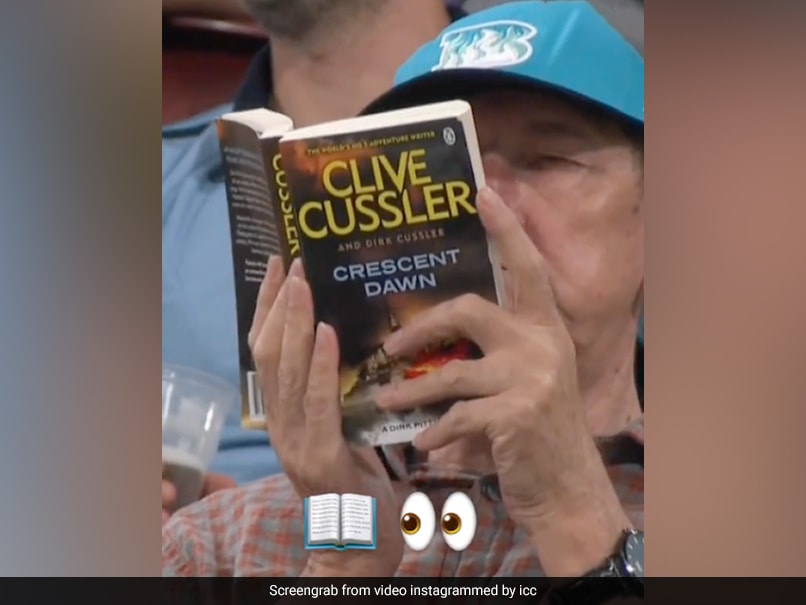 The Group 1 ICC World Cup match between England and New Zealand ended with a 20-run win for Jos Buttler‘s team and that has made the scenario in the group quite interesting ahead of the last round of matches. New Zealand, England and Australia are all on 5 points and separated only by net run-rate.

Coming back to the clash, England posted 179/6 in their 20 overs with captain Jos Buttler and opening partner Alex Hales scoring half-centuries.

While the cricketing action on the pitch was indeed interesting, one spectator chose to focus his attention on a book.

A gentleman in the stands was seen reading a book even as the Kiwis started their chase in the middle.

The video has been posted by ICC on its Instagram handle and it has since gone viral with more than 1 lakh people liking it within two hours of it being uploaded.

“Book way more entertaining than the match, mate?,” was the caption used by ICC for the video.

New Zealand next take on Ireland on Friday, while England will play Sri Lanka on Saturday. Australia’s last group match is against Afghanistan on Friday. “We will build a statue of Leo Messi outside Camp Nou” How Suryakumar Yadav, Hardik Pandya Practised For The Knockouts Against Zimbabwe