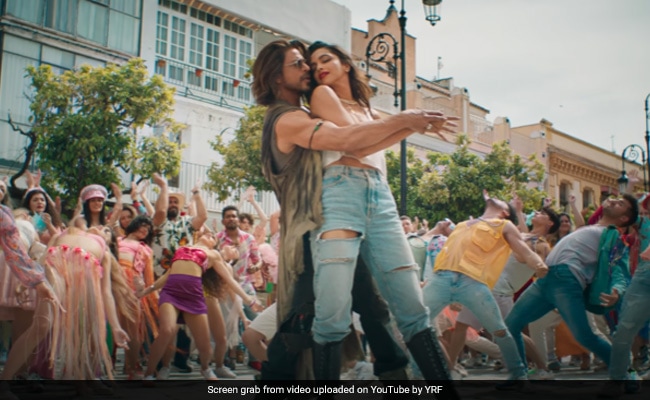 SRK and Deepika in a still from Jhoome Jo Pathaan. (courtesy: YouTube)

After Besharam Rang, the makers of Pathaan dropped the next track from the film titled Jhoome Jo Pathaan on Thursday. The song features the film’s lead actors Shah Rukh Khan and Deepika Padukone dancing their hearts out on the streets and the world follows them. The stars do the locomotion in stunning costumes. The peppy beats, Shah Rukh Khan and Deepika Padukone’s chemistry are the highlights of the song. Not to mention the fun hook step. The video ends with Shah Rukh Khan doing his signature spreading his arms in the air pose.

Pathaan, one of the most awaited films of 2023, went on floors this year. The film has been directed by Siddharth Anand and it has been produced by Yash Raj Films. The film stars Deepika Padukone and John Abraham alongside SRK.